From Must-See TV to Must-Screen for Me? Why It Might Be Time for a Colonoscopy 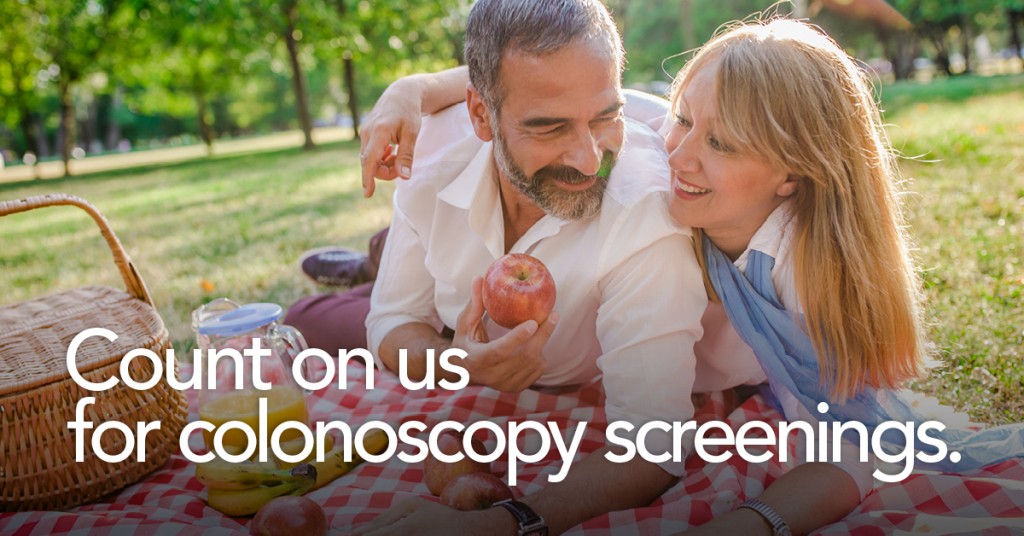 In the 1980s and 1990s, the NBC broadcast network began branding their primetime lineups to promote their sitcoms and dramas. One phrase in particular quickly entered the pop culture lexicon after it debuted in 1993. The phrase? Must See TV. If you were a teenager in the early ‘90s and remember trying to rush through your homework to watch that night’s Must-See TV lineup, it could be time for another “must” – a colonoscopy.

A colonoscopy is a screening that can identify cancers early when the odds of successful treatment are highest. It can also help find polyps that can be removed before they become cancerous. The American Cancer Society and the US Preventive Services Task Force recommends that screenings like these begin at age 45. If you are at higher-than-average risk, you may need to begin screening earlier, and more frequently and/or with specific tests. As always, you should talk to your primary care provider about your risks and family medical history to determine the right time for you to begin screening.

Whether you begin at 45 or earlier if you’re at higher risk, the important thing is that you get screened. Colorectal cancers are one of the most common cancers diagnosed in both men and women. And while the majority of these cases occur in people 50 and older, the disease can happen to men and women at any age.

Colonoscopies are critical to diagnosing cancer early because the early stages of colorectal cancer can often arrive with no symptoms. A colonoscopy can detect cancer before symptoms appear, and early detection can make the cancer much easier to treat. And by identifying polyps before they become cancerous, colonoscopies show themselves to be a powerful preventive tool as well.

While these symptoms can also be indicative of other health conditions, you should talk to your doctor about them so they can help you get to the root of the issue and determine the underlying cause.

If you’re 45 or younger and at higher risk – which may include a family history of colorectal cancer or the presence of other diseases such as inflammatory bowel disease (ulcerative colitis or Crohn’s disease) – it’s a good idea to schedule your colonoscopy for peace of mind, early detection before symptoms appear and increased potential for successful treatment if cancer is found.

In fact, thanks in large part to colonoscopies, the overall incidence of, and death rates associated with, colorectal cancers have been on the decline.

Here’s more good news. A colonoscopy may be easier for you than you think. You will likely be given pain medication and a sedative to minimize your discomfort, and the screening usually only takes about 30 minutes. During that time, any polyps found will be removed by the doctor and tissue samples will be sent for a biopsy.

So, if “Must-See TV” is a fond memory of your high school and college years, ask your provider if a colonoscopy is a “Must Screening” for you. Discuss your risks and the right time for you to begin this important part of your health journey. It’s a short inconvenience that can make a world of difference.

In addition to scheduling your colonoscopy, you can also be proactive in prevention by maintaining healthy habits like daily exercise, a healthy diet, maintaining a healthy weight, limiting your alcohol intake and eliminating smoking.

March is National Colorectal Cancer Awareness Month. So, if you’re 45 or older, you can count on Clark Memorial Health for your colonoscopy. To find a provider or schedule your screening, visit https://www.scottmemorial.com/primary-care